Top Fuel legend and 14-time champion Larry “Spiderman” McBride planned to retire his storied and iconic 21-year-old motorcycle following the season opening race of 2015, two months ago. But when the machine’s 5.76 nearly matched McBride’s career best and the event ended premature due to rain, The Spiderman decided “Blue” needed a more fitting sendoff to retirement.

McBride’s new state-of-the-art motorcycle is ready to go down the track, lacking only a paint job. But with Blue still improving, McBride sees no reason to rush the debut. Read More

Dragbike racing fans have not seen the last of one of the sport’s most famous and accomplished motorcycles. 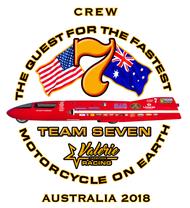 After suffering a near career-ending explosion, 2015 is a year Top Fuel Motorcycle legend Larry “Spiderman” McBride is happy to put behind him.

Now the 15-time champ has reason to eagerly count down the days until the start of the 2016 season.

Trim-Tex has significantly increased its sponsorship, with the goal of helping McBride field a two-bike team.

McBride is thrilled over the positive impact this deal will have not only on his team, but also on the class and the sanctioning bodies.  The Spiderman says the possibilities are endless.  Read More

Eight time European Top Fuel champion Ian King, is a man who goes from nought to 100 km/h in under a second and lives in a world full of nitromethane fuel and 1500 horsepower monstrous engines. King holds two back-t0-back championship titles, two British and one Irish. He holds several speed and time records throughout Europe and is the only Englishman to do the quarter-mile in a shade over 5 seconds! King has garnered a total of 8 victories at the Fédération Internationale de Motocyclisme (FIM) European Championships. His bike has a custom-built Puma engine with 4-cylinders and a displacement of 1584cc. However, thanks to nitromethane, this engine chucks out a scarcely believable 1500 horsepower and can rocket him to 400 km/h (250 mph) in under 6 seconds! And yes, his bike is faster than your supercar. Heck, it’s faster than a Formula 1 car!

Ian King has been operating his team under the Gulf Oil banner for four years, now. King went on to say, “It was a great honour to be felicitated by Gulf Oil in India. In terms of delivering heart-stopping adrenalin rush, drag racing is one of the biggest motorsport and provides top of the line performance with high dosage of excitement. The 1500 horsepower Gulf Racing Top Fuel Motorcycle, capable of accelerating from 0 – 250 mph (that is 402+ kmph!) in under six seconds.” And we agree with the Euro champ on the adrenaline part, completely. If you accelerate at that rate, your inner organs would be pushed to the back of your body and they will be pushed forward, again when the parachute pops out. To stop these bikes from flying into air at the start, the speed machines come fitted with a wheelie bar, whose job is to prevent wheelies. Also, these bikes come with a rear tyre that is 14-inches wide! Read More

Valerie walks away from a high speed crash on Lake Gairdner Australia in March 2018. The unique design and engineering of the 7 Streamliner proved it worth by keeping Valerie safe. The quest continues.

Join us for this tour of one of the world’s top valve and valvetrain component manufacturer, Kibblewhite Precision Machining, Inc. in Pacifica, California. Owner William Kibblewhite shows his impressive collection of machines, gives us some company history and introduces us to the staff.Read More

Vintage Land speed racing is not just about breaking speed records. It’s about imagination, science, design and countless hours of hard work coming together to create a truly unique machine. Alp Sungurtekin wants to build a vintage motorcycle with a 650cc A-PF engine that will beat the coveted 200mph mark. He has already beaten the previous Partial Streamlining record in the vintage class during the Bonneville Speed Week last year. He continues to work on his dream of getting into the 200 mph club.Read More

A nitromethane burner can be more temperamental than a teething baby.

Give it just what it wants and it can be beautifully peaceful and harmonious. Upset it and a boisterous, unruly fiasco can break out.

Perhaps no one understands this better than 40-year Top Fuel Motorcycle veteran Larry “Spiderman” McBride, whose Trim-Tex team became flummoxed and bewildered at what tune-up their 5.61 record-holding machine known as “Star” wanted to get down the track cleanly at the Man Cup World Finals from South Georgia Motorsports Park, Nov. 15-18. McBride trusted his team could find the magic formula to lead it to a 19th championship title..  Read More

Team 7 Racing and Valerie Thompson Racing are heading to Australia to continue our quest to become the world’s fastest motorcycle at the 28th Annual Speed Week competition at Lake Gairdner in Southern Australia March 12 – 19, 2018.

​Join us for this exclusive, behind the scenes VIP tour of motorcycle and Motorsports machine shop and parts manufacturer, Kibblewhite Precision Machining from beautiful Pacifica, Ca. In this video we catch up with CEO Will Kibblewhite who shows us all the new motorcycle components including heavy duty Hayabusa cylinder studs, piston kits, valve train components, tappets, banshee domes, bronze and iron valve seats, lightweight steel retainers as well as the CNC , lathes, mills, boring, honing, and etching machines that make it all possible. Read More

​Opening The Window on Valves, Seats, and Guides

In the open-and-shut world of racing engine valves, 2016 promises to be a year of growing sales and technical refinement: Growth, as innovations of the past several years reach an ever-wider audience; and refinement, as manufacturers hone those same innovations to perfection..  Read More

Following announcements about the attendance of American drag racing legends, “Waterbed: Fred Miller (Blue Max Funny Car), Bob Muravez (Freight Train dragster), Ron Hope (Rat Trap and Pure Hell Fuel Altereds) and Bruce Larson (former Funny Car Champion and current Nostalgia Funny Car campaigner), the BDRHoF is excited to confirm that 14-time Top Fuel Drag Bike Champion and world record holder Larry ‘Spiderman’ McBride has booked his flights and tickets. You would have to go back to the 1970s to be in the company of so many American drag racing legends at a UK event.

Will the Spiderman set a new record in Valdosta? Be there to find out. Read More

​The world is all-too familiar with the nitromethane fed, in-line four cylinder monsters of Top Fuel Motorcycle. With a good selection of the bikes on hand at the 43rd annual FuelTech World Finals, Nov. 21-24, The Manufacturer’s Cup was setting up to be a weekend to remember, especially for world record holder Larry “Spiderman” McBride who was in pursuit of a 2oth Top Fuel title Read More

The talented duo brought the crowd to its feet and set the internet abuzz by producing the sport’s first side-by-side five-second pass.

“It was awesome. Hopefully we can repeat it,” McBride said.

Technically it was Vantine who won the overall season series, bettering his mentor two races to one, after McBride encountered some of the most devastating breakage of his career at Maryland International Raceway in the fall.

“I don’t consider it a win,” Vantine said. “Larry beat himself. I’ll know when I really beat him.”

Vantine is hoping to outrun his riding coach without the mechanical failures this season. Read More 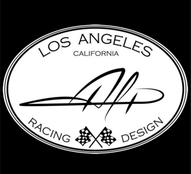